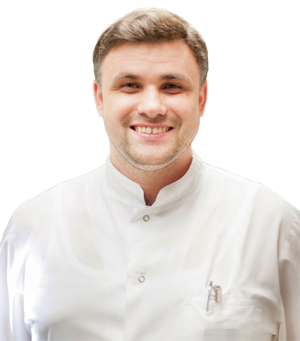 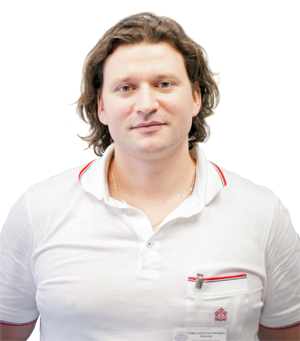 Complaints about the mobility of an artificial crown, installed about 10 years ago in another healthcare facility.

·         clinical and X-ray examinations showed that the prognosis of repeated endodontic treatment is unfavorable, the root cannot be restored;

·         there are ideal indications (no inflammation in the area of the proposed implant) for the simultaneous extraction of tooth 2.1, implantation and immediate loading. 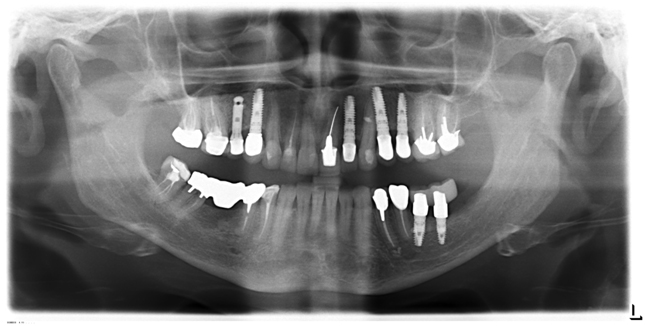 The patient chose a one-stage replacement of the tooth with an implant, abandoning the bridge.

In order to plan this treatment, the preparatory stages were carried out:

The XiVe conical implant was chosen as a support.

Tooth 2.1 was removed without detachment of the mucoperiosteal flap and preparation of the implant bed was performed.

The control postoperative image showed a satisfactory connection of the implant with the bone tissue of the socket.

The primary stability of the implant allowed for a screw-retained temporary restoration (crown).

In order to minimize occlusal and lateral loading on the implant, the incisal edge of the crown was left 1-1.5 mm shorter than that of the adjacent teeth. 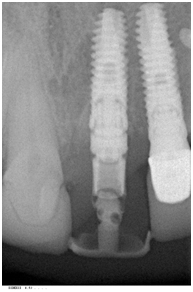 The first examination is 1 week after the operation.

·         The postoperative course was unremarkable.

The final stage of treatment.

A control examination was carried out 6 months later. A flawless gingival contour is formed around the temporary restoration, corresponding to the natural tooth due to the support of the soft tissues of the gums during the period of osseointegration of the implant.

Gingival papilla and gingival margins without signs of inflammation.

An impression was made for the manufacture of a permanent orthopedic structure.

After 1 week, a permanent crown was fixed on the implant.