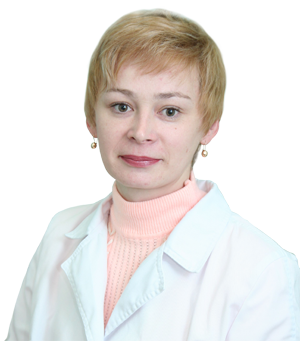 The patient has been observed in the clinic since 2009.

Characteristics of the articular syndrome:

· Morning stiffness for more than 1 hour;

· The diagnosis was established and confirmed at the Research Institute of Rheumatology in the same year.

· In 2008, was observed at the Charite clinic in Berlin with a diagnosis of seropositive rheumatoid arthritis with secondary Sjogren's syndrome.

· In 2009, she was seen at the Genolier clinic in Switzerland. A comprehensive examination and treatment was carried out, which confirmed the presence of rheumatoid arthritis with a mild clinical Sjogren's syndrome.

· Lives and works in Moscow.

· Since 1977, suffers from autoimmune thyroiditis with subcompensated hypothyroidism.

Since 2009, Medicina has been observed.

· Consultation with a rheumatologist. Intra-articular and oral treatment with prednisolone was recommended during therapy with Humira with improvement in the condition.

· November 2009 - was admitted to the hospital with a hypertensive crisis.

· Injection of blood vessels of the sclera.

· Defiguration of the left ankle joint.

The head of the clinic drew attention to the prevailing place in the clinical picture of Sjogren's syndrome with a relatively low RA activity.

An immunological blood test is recommended for laboratory determination of the degree of activity of Sjogren's syndrome.

Conclusion: Sjogren's syndrome is the leading one in the clinical picture of the patient's disease.

Against the background of the prescribed therapy, the patient notes an improvement in her condition.