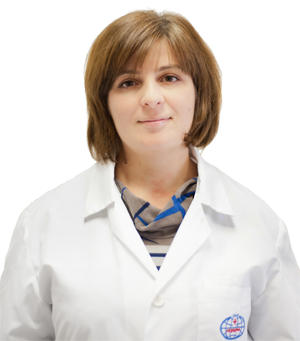 · On a decrease in vision in the distance and near;

· During a conversation, the patient notes that by the nature of his activity he is forced to work on a computer for a long time.

· 1981 radial keratotomy of both eyes was performed.

· Over the past 2 years, has noticed deterioration in near vision.

· Over the past year, deterioration of distance vision, especially at the onset of twilight and darkness, which causes inconvenience when driving.

· On examination at JSC "Medicine" in 2016 revealed an initial, complicated cataract and primary open-angle glaucoma stage 2a.

· Prescribed treatment in the form of drops Azopt 2.0% and IOP control.

The course of the disease.

At the initial visit to the ophthalmologist of JSC "Medicine":

Dynamic observation revealed a significant decrease in vision, which was associated with the maturation of the cataract on the right.

OD visas decreased with a correction to 0.6.

In April 2017, a joint discussion of this case was held by the employees of the department of Medicine JSC with involved consultants. A decision was made on the need for surgical treatment of cataract on the right.

The members of the council noted that the complexity of the planned intervention is associated with the calculation of the IOL, taking into account the radial keratotomy. 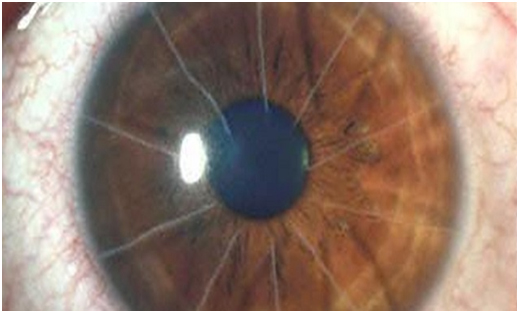 One month after surgery.

· Before surgery, the IOL was calculated for +0.0 days.

According to the results of the repeated consultation, it was recommended to replace the IOL with the expectation of +0.0 d.

· Operation and postoperative period are smooth;

· The evening vision is fully restored.

· Since there is residual postoperative myopia, dynamic observation is recommended.