Barley on the eye 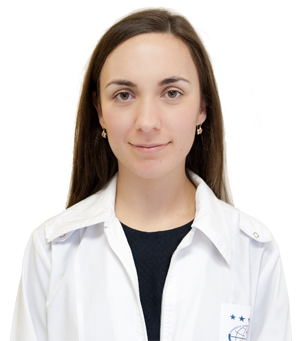 Acute purulent inflammation in the hair follicle of the eyelash or in the sebaceous gland is called "barley" because of its characteristic round shape, resembling a grain. The external harmlessness of this phenomenon is deceptive: it clearly indicates a decrease in the protective properties of the immune system and requires careful treatment to prevent relapses and possible complications.

Causes of the appearance of barley on the eye

Staphylococci, which prefer to settle on human skin and hair, do not manifest themselves in any way with strong immunity. Their intensive reproduction is triggered by a decrease in the protective properties of the body, its hypothermia, severe diseases and hypovitaminosis, the consequences of helminthic invasion. Penetrating into the structure of the hair follicle, streptococci cause inflammation and suppuration as a reaction to a pathogenic microorganism. This is the main cause of barley in the eye in patients of all ages. With an unbalanced diet, increased physical exertion or stressful situations, the disease can occur in the form of several or multiple suppurations on the eyelids or mucous membranes. Also, among the factors contributing to the appearance of barley on the eye - the habit of touching the eyelids with dirty hands, a large amount of dust indoors or outdoors.

The risk group for the likelihood of the appearance of barley includes:

Symptoms of barley on the eye 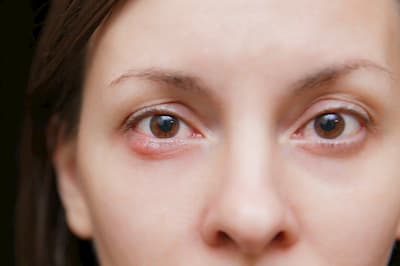 Suppuration of the eyelid makes itself felt with a feeling of heaviness, swelling and inflammation along the eyelash growth line. The area becomes painful, the temperature of the eyelid skin rises. The edema line has clear boundaries, signs of hyperemia - redness and inflammation are noticeable on the conjunctiva. Within 2-3 days from the moment of development of barley, a purulent head is formed on its surface, the contents of which are dead cells of the hair follicle.

With internal barley, the pathology is localized in the area under the eyelid - in the so-called meibomian gland, which makes the disease almost invisible. The inflammatory process is indicated by the characteristic symptoms of barley - compaction and soreness of the affected eyelid. The danger of such a disease is the development of chalazion - inflammation of the cartilage around the meibomian gland, which significantly delays the healing process and forces the patient to undergo regular examination by an ophthalmologist.

In severe cases, with barley localized inside the sebaceous gland, signs of general intoxication are observed - head and muscle pain, fever, swollen lymph nodes. Self-medication in this case is categorically contraindicated, and the patient should immediately seek medical help.

Species and stages of development of barley

Depending on localization and external signs, they are distinguished:

The formation and development of barley occurs in several stages:

Complications of barley on the eye

The importance of seeking medical attention when barley appears due to the high risk of developing the following complications:

Making the correct diagnosis is possible already with an external examination of the patient and the analysis of his complaints. If the disease occurs relatively often, laboratory tests will be required to exclude or identify: 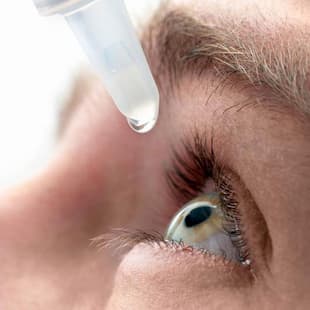 With strong immunity, the disease can go away on its own without special treatment. This happens if the adverse effect on the body has ceased, and the activation of staphylococcus was suppressed.

Self-treatment of barley on the eye with medicines at home is not recommended. Moreover, folk recipes often pose a threat to vision. Tips on how to treat barley can rupture the purulent capsule and infect the mucous membrane of the eye with the most serious consequences.

A course prescribed by a specialist will be many times more effective and safer. Its components are antibacterial drugs, local antibiotic agents and compounds for relieving the inflammatory process. Treatment of barley should be carried out under the supervision and on the basis of the recommendations of a specialist. If a complication develops, he will immediately adjust the course and take measures to prevent further inflammation.

To eliminate the risk of the appearance of barley will help:

Additional recommendations, taking into account the state of the patient's body, will be given by the attending physician.

What causes barley on the eye?

The main cause of inflammation is infection of the sebaceous gland or hair follicle of the eyelash due to the active vital activity of staphylococci. This is facilitated by ambient air pollution, a decrease in the protective properties of the immune system, and non-compliance with personal hygiene rules. Less commonly, barley appears on the eye due to difficult conditions of professional activity or untreated infectious eye diseases.

How does barley appear?

The first signs of barley manifestation are eyelid discomfort, noticeable inflammation and swelling of the eyelash area, itching and a feeling of some heaviness. Within a few days, a yellow purulent head of the inflammation focus becomes visible on the surface of the skin. As it matures, it breaks through, after which a number of "inflammatory" symptoms of the disease go away, but a slight itching and area of ​​redness remains.

How to quickly remove barley from the eye?

Any treatment for barley should be agreed with an ophthalmologist without fail. The sooner you seek help, the faster you will be able to cope with the pathology. Antibacterial agents and topical ointments will help speed up the breakthrough of the purulent capsule. Attempts to quickly remove barley from the eye with compresses, warming or squeezing out pus are very dangerous and can cause serious inflammation of the mucous membrane and damage to the eyeball.