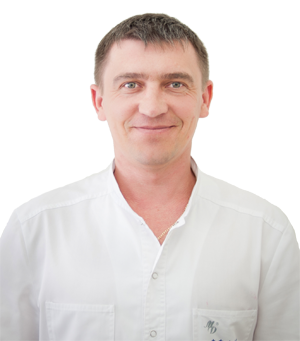 First category urologist, member of the European Association of Urology

Cystitis is an inflammation of the bladder that can result from a bacterial or fungal infection. Although in some cases, the disease is also non-infectious. Acute cystitis is one of the most common urological diseases, which without treatment can take on a chronic form, characterized by periodic exacerbation of symptoms.

Cystitis in women is diagnosed a little more often than in men. This is because women have a shorter urethra, which makes it easier for bacteria to reach the bladder. That is why the disease is considered predominantly female, which is why special attention is paid to the treatment of cystitis in women.

Symptoms and signs of cystitis

Signs of cystitis directly depend on the prevalence of inflammation, the type of pathogen and the age of the patient. First, there are general symptoms of infection and signs of bladder malfunction. The most typical symptoms of cystitis:

Cystitis pain spreads to the lower abdomen and other areas of the pelvis. Soreness is often felt in the lumbar region. With cystitis, urine becomes brown or reddish. It is also characterized by the appearance of an unpleasant odor.

Chronic cystitis is accompanied by the same symptoms, only they are less pronounced. They are more pronounced during the period of exacerbation of the disease. Symptoms of cystitis in men are similar to those in women.

The main cause of cystitis is bacteria: chlamydia, Escherichia coli, staphylococcus, Trichomonas, mycoplasma, etc. They can penetrate into the bladder under certain favorable factors. How the cystitis is treated will depend on the type of bacteria. Different microorganisms require the use of certain drugs.

The main causes of cystitis in women:

Cystitis after intimacy develops due to prolonged friction of the opening of the urethra, which occurred during intercourse. In this case, the disease occurs, as a rule, within 12 hours after intimacy.

Cystitis during pregnancy occurs due to some displacement of internal organs due to the uterus, which puts pressure on them. The situation is aggravated by hormonal changes. All this leads to incomplete emptying of the bladder, and the remains of urine act as a favorable environment for the growth of bacteria.

Cystitis in men most often appears against the background of infectious processes in the pelvic area:

If the patient develops cystitis after sex, this indicates the sexual route of infection, in particular bacteria. There are other ways of infection:

Depending on the cause and route of infection, the doctor will choose a specific remedy for cystitis.

In addition to the specific reasons for the development of the disease, doctors note the presence of risk factors that increase the likelihood of its occurrence. So, cystitis can form against the background:

If left untreated, cystitis can lead to serious complications. The most dangerous consequences of the disease include:

Many patients are interested in the question of which doctor to contact with cystitis. Women in such a situation need the help of a gynecologist, men need to make an appointment with a urologist. If the disease develops against the background of sexually transmitted infections, a venereologist's consultation will be required. In JSC "Medicine" (the clinic of Academician Roitberg) in the center of Moscow, you can make an appointment with any of the specified specialists.

Before visiting a specialist, you must take a hygienic shower without using intimate hygiene products and other care cosmetics. It is equally important to consider what you will tell the specialist at the appointment. It is necessary to accurately describe all the symptoms and the time of their occurrence.

Also urologists and gynecologists advise to refrain from sexual intercourse 2 days before the planned consultation. This is necessary for taking smears and scrapings from the mucous membrane of the genital and excretory organs.

Before curing cystitis, it is necessary to confirm the preliminary diagnosis. For this, the patient is given a referral for laboratory and instrumental studies. In JSC "Medicine" (Clinic of Academician Roitberg), the following methods of diagnosing cystitis are practiced:

Since bacteria are the most common cause of cystitis, antibiotics are prescribed for cystitis by your doctor. Mainly used are cephalosporins and fluoroquinolones.

Certain tablets for cystitis are prescribed by a doctor based on the results of the analysis and the type of pathogen identified. Not all drugs are effective against specific bacteria. In addition, microorganisms develop resistance to some agents.

Treatment of cystitis in men is also carried out with antibacterial drugs. Additionally, antispasmodics and anti-inflammatory drugs are included in the therapy regimen.

Women can also be prescribed suppositories for cystitis. With this disease, suppositories of anti-inflammatory, analgesic and antibacterial action are used.

Whatever medicine the doctor prescribes for cystitis, the patient must drink as much water as possible - up to 3 liters per day. As for the diet, it prohibits everything fried, fatty and salty. Both women and men benefit from herbal teas based on lingonberry leaves, horsetail or bearberry.

Treatment of cystitis at home must be agreed with a doctor. To relieve pain, a lukewarm heating pad can be placed between the legs. To get rid of the burning sensation, it is necessary to lower the acidity of the urine. To do this, you can drink a glass of water with a teaspoon of salt dissolved in it every 3 hours.

Myths and dangerous misconceptions in treatment

Many are faced with the opinion that cystitis is forever. In fact, the acute form of the disease can be cured. On average, the course of antibiotic therapy takes about 10 days, but another couple of weeks is required to restore the microflora of the vagina and intestines.

Another myth is that hot baths help with cystitis. Doctors do not recommend them. With such a disease, it is necessary to take a shower and a bath with water only at a warm temperature.

As preventive measures against cystitis, the following are used:

How to make an appointment with a gynecologist or urologist

To make an appointment with a specialist, use the online form on the website or call us at the contact number +7 (495) 995-00-33. JSC "Medicine" (the clinic of Academician Roitberg) is located in the center of Moscow, not far from the Novoslobodskaya, Mayakovskaya, Chekhovskaya, Belorusskaya and Tverskaya metro stations. Choose any convenient time for the appointment - the specialists conduct a reception seven days a week, including on holidays.