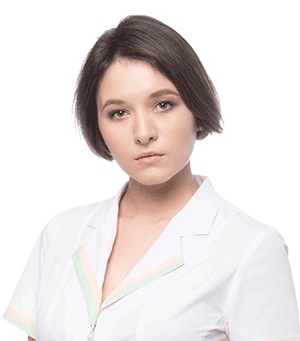 Under the influence of various environmental factors and for a number of other reasons, irritation may appear on the skin of an adult due to the inflammatory process. Dermatitis is an inflammation of the skin of various etymologies, which manifests itself in representatives of different age groups.

Dermatitis in adults is divided by experts into several types depending on the nature of the origin of the pathology:

If the sick person has acquired an ointment for dermatitis without a doctor's recommendation, the use of the drug can cause complications. The decision on how to treat dermatitis is made by a qualified doctor after examining the patient and establishing the exact cause of the disease.

Symptoms and signs of dermatitis

In the case of dermatitis, the symptoms can be very different, depending on the localization of the rash and the degree of damage. With a weak lesion, you may experience:

In severe cases, there may be:

Dermatitis on the legs can appear in the knee bend area. Dermatitis on the hands most often occurs in the elbows, in areas with the thinnest skin. Also, rashes are possible in the neck, in the folds of the skin, on the face, etc.

Allergic contact dermatitis is dangerous because the symptoms can appear long after contact with the allergen, so it is difficult to establish the cause.

Atopic dermatitis or eczema dermatitis is also called neurodermatitis. Symptoms are pronounced. The disease manifests itself:

Seborrheic dermatitis can have various symptoms:

Spots or plaques may appear on the inner surface of the auricle, on the skin of the upper body, in the folds of the skin. In milder forms, only slight itching is possible. If dermatitis appears on the face, treatment requires the involvement of a qualified specialist.

The diagnosis is established clinically on the basis of examination. If necessary, the doctor prescribes additional tests.

There are various causes of dermatitis. There are the following reasons:

Among the most common causes of the development of pathology:

Atopic cutaneous dermatitis is a disease, the exact causes of which have not been established. Doctors call the main causes of pathology genetic factors and individual features of the structure of the skin.

In case of dermatitis, recommendations for treatment can only be given by a doctor after an examination.

The development of the disease is facilitated by:

In the absence of qualified treatment, the transition of the disease to a chronic or severe form is possible, up to necrosis of the skin.

Skin dermatitis is a disease that manifests itself in various forms. You should immediately consult a doctor if you have:

Skin dermatitis requires a thorough diagnosis, which is offered by JSC "Medicine" (Clinic of Academician Roitberg). The dermatologist diagnoses the disease based on the examination of the patient with anamnesis and the following studies:

When diagnosed with dermatitis, treatment in adults is carried out solely taking into account the examination data.

Making a diagnosis allows the dermatologist to determine the nature and type of pathology. Depending on the findings, treatment for dermatitis may include:

Preventive methods that can prevent skin dermatitis, a disease that causes many problems, are:

More detailed recommendations will be given by the dermatologist of Medicina JSC (Academician Roitberg's clinic) during the consultation.

How to make an appointment with a dermatologist

JSC "Medicine" (the clinic of Academician Roitberg) in Moscow offers services of the European level for the diagnosis, treatment and prevention of dermatitis in adults. To receive highly qualified medical care, you must make an appointment with a dermatologist who will conduct an examination and a comprehensive medical examination.

To make an appointment with a specialist of JSC "Medicine" (clinic of Academician Roitberg), use one of the following methods:

JSC "Medicine" (the clinic of Academician Roitberg) is located in the center of Moscow at 2nd Tverskoy-Yamskaya per., 10, five minutes walk from the Mayakovskaya metro station.