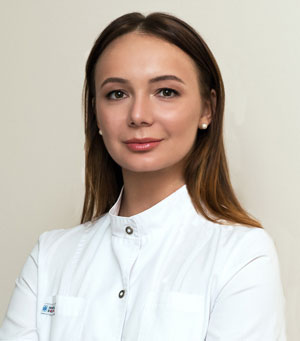 Freezing early pregnancy is the death of the fetus in the womb. It stops developing and dies within 28 weeks. Symptoms may be mild, which increases the risk of maternal toxicity. If during pregnancy the fetus froze and stopped its development, an urgent visit to an obstetrician-gynecologist is necessary.

Symptoms and signs of a frozen pregnancy

A frozen pregnancy in an early period proceeds absolutely imperceptibly, it can last for 1-2 weeks. This is the danger of the situation.

After 10-12 days, the woman has the first symptoms of a frozen pregnancy:

There are no symptoms of a frozen pregnancy in the first trimester. Sometimes spotting bloody discharge appears, a pulling feeling appears below the navel.

The second missed pregnancy indicates the presence of a pathology that requires careful study.

Unfortunately, the first missed pregnancy is more common. This is due to the lack of preparation of your own body. This can happen to any woman.

To accurately answer the question "Why does pregnancy freeze?" pretty hard.

Let's consider the most common factors:

Signs of a frozen pregnancy cause the following complications:

The gynecologist must observe his patients throughout the entire period of pregnancy. If there is a risk of a frozen pregnancy, the duration of which does not exceed 12 weeks, you should immediately consult a doctor. He will determine the condition of the fetus and prescribe further examinations and treatment.

Preparing to visit a gynecologist

Symptoms of a frozen pregnancy may not appear at all. To avoid intoxication of the body, you should regularly visit a gynecologist.

Diagnosis of a frozen pregnancy

Diagnostics is carried out in 2 ways: blood test and ultrasound. If ultrasound diagnostics reveals fetal cardiac arrest, the patient is referred to a gynecologist for further procedures.

The patient can make an appointment and get a consultation at a convenient time for him. The pregnancy management program fully complies with clinical guidelines and the latest standards.

Curettage - curettage of the uterine cavity. Cleaning after a frozen pregnancy is carried out for a period of 5 weeks.

Aspiration - pumping out the remains of the ovum. Carried out in the early stages up to 5 weeks.

Curettage and aspiration are performed under general anesthesia. The procedure takes about 30 minutes. After the operation, a course of antibiotics must be prescribed. The patient then visits the doctor every week. If complications do not appear, and the causes of the frozen pregnancy are eliminated, the woman can continue life in her usual rhythm.

After the loss of the embryo, many women are depressed, they begin to blame themselves that they could have done something wrong. This is an absolute mistake that can lead to depression. To alleviate your condition, you should contact a psychologist, as well as a gynecologist and other specialists who will help prepare the body for pregnancy.

After treatment, a woman can plan a pregnancy after a frozen pregnancy in six months.

Treatment of a frozen pregnancy, the terms of which have exceeded 12 weeks, implies surgery. At home, the restoration of the body is impossible. For a successful recovery, it is necessary to pass a large number of tests and a long recovery, associated with taking antibiotics. At home, it is possible to raise the general tone of the body.

Important! During gestation, any drugs should be taken as directed by a doctor. Many decoctions and herbs have a negative effect on the fetus and can even provoke an early birth or miscarriage.

To increase progesterone levels, you need to:

It is better to use decoctions in the second half of the cycle. Drink a drink in a volume of 200 ml, no more than 2 times a day.

Important! Broths that increase progesterone should not be drunk at the same time as hormonal drugs.

To prepare for pregnancy, you need:

Prevention is a thorough preparation for the new bearing of the fetus. For this, it is necessary to study the problem of the previous arrest of the embryo's development.

To exclude signs of a frozen pregnancy, you need:

It also makes sense to stop smoking and drinking pleasure drinks. This must be done not only for a woman, but also for a man.

How to make an appointment with an obstetrician-gynecologist?

You can make an appointment with a doctor by filling out a simple form on the website or by calling the phone number +7 (495) 995-00-33. You can call around the clock. The causes of a frozen pregnancy cannot be detected independently; consultation of several specialists is required.