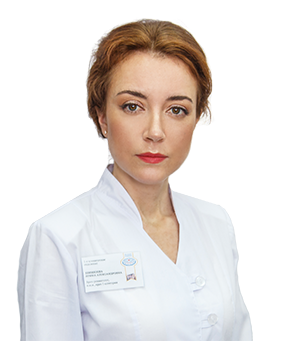 Rheumatologist of the 1st category. Candidate of Medical Sciences.

Rheumatologist of the 1st category. Candidate of Medical Sciences. Awarded with the Certificate of Honor of the Kirov City Administration for high professionalism and many years of work in providing assistance to the population, 2018 Winner of the regional stage of the All-Russian competition of doctors in the nomination "Best therapist", 2018

Gout, or gouty arthritis, is a systemic rheumatic disease caused by an increased level of uric acid in the blood (more than 6.8 mg / dL). The state of arthritis develops due to the crystallization of sodium monourate in the synovial fluid, followed by phagocytosis and the formation of inflammasomes. It is the latter that are the main mechanism of systemic inflammation. Gout, what kind of disease it is and how to deal with it - you need to know, especially if a bone has begun to bother the leg. It appears in the area of ​​the thumb joint. Among rheumatic pathologies, gout ranks second after osteoporosis. The disease occurs more often in men than in women. Official statistics show that 0.3% of the population in the Russian Federation live with a diagnosis of gout.

All Important Information About Gout

The disease of gout is characterized by the presence of auto-inflammatory features and regular acute attacks. Most often, the pathology develops in the joints of the feet and in the area of ​​the thumb, but gout on the hands, elbows, knees can also make itself felt.

In men, the disease is diagnosed after 40 years, and in women after menopause. It is difficult to predict a gout attack. It comes suddenly. It is not known what factor influences the crystallization of sodium monourate with the subsequent formation of tophus foci. Violation of the concentration of uric acid in the blood can be genetically determined or acquired.

The causes of gout lie in the violation of purine metabolism. And human nutrition plays an important role in this. The list of reasons includes:

Symptoms of gout appear suddenly. The attacks appear mainly at night. Stress, emotional stress, overwork, minor trauma or excessive consumption of protein foods can provoke. Diet for gout is of great importance. With its help, you can correct the condition and course of the disease. 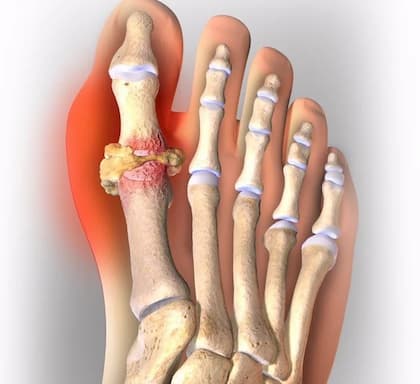 Classification and types of gout

According to the classification, gout is divided into two categories. The primary and secondary forms are due to different factors. The clinical picture is different. Acute or primary gout symptoms appear suddenly. General health worsens, there may be leukocytosis and tachycardia. A gout attack can last up to 3 weeks. Without therapy and in the presence of an inflammatory process for more than 3 months, the disease becomes chronic. The classification system distinguishes between the following types of gout:

Gender differences in the course of the disease

The ratio of cases of pathology between men and women is on average 7: 1. The symptoms of gout in women are less pronounced due to the low level of uric acid in the blood and higher levels of estrogen in the blood. After menopause, the indicator approaches that of men.

If earlier the average age for pathology was 40 years, now it starts from 30. Every year the number of patients with gouty arthritis is increasing. Research in this area has shown one of the factors why women are more likely to be diagnosed with gout. The reason lies in taking diuretics. In 1/3 of cases, this is an unreasonable decision. For gout, the signs and treatment in women vary according to age. For example, the risk of developing the disease during early menopause may increase.

What groups of people are prone to rheumatic pathology

Gout, what kind of disease is it - the main question when the state of health begins to deteriorate against the background of characteristic symptoms. At risk are people who:

What is the danger of gout

The symptoms of gout in women and men cannot be ignored and tolerated in the hope that the pain will subside on its own. Without proper attention to stopping seizures, there is a high probability of destruction of the affected joints. Especially when the crystallization becomes more palpable, the pain is more intense and the pathology goes into a chronic stage. Diagnosing gout allows you to establish the stage of the disease and take action. Otherwise, complications may develop in the form of the spread of gouty arthritis to other joints and urolithiasis.

The manifestation of signs of gout and the treatment of the disease depends on the intensity of the development of the pathology. Diagnostic measures begin with taking an anamnesis. The doctor determines the presence of chronic diseases, genetic predisposition, provoking factors, lifestyle and eating habits. The signs and treatment for gout in men and women are similar. Laboratory and instrumental research consists of: 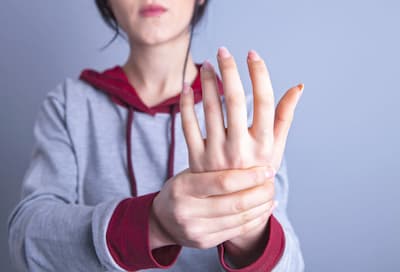 For the disease of gout, treatment is prescribed depending on the test results obtained. The therapy is prescribed by a rheumatologist. Gout cannot be completely cured. With the help of supportive therapy and adherence to medical recommendations, nutritional control, painful attacks, their intensity and regularity of occurrence, can be stopped. For gout, the clinical guidelines are pharmacological and non-pharmacological techniques. The main task is to stabilize the level of uric acid in the blood and reduce the amount of crystalline deposits. The treatment of gout can be conditionally divided into three stages:

The medicine for gout is prescribed by a rheumatologist, depending on the severity of the attack, the number of affected joints, the presence of renal failure. In drug therapy in different combinations and concentrations used: colchicine, prednisone, NSAIDs, intra-articular corticosteroids, xanthine oxidase inhibitors, etc. Treatment of gout on the legs in men and women largely depends on adherence to a special diet.

Treatment of gout at home involves the implementation of medical recommendations: taking medication as prescribed and adhering to a diet on an ongoing basis.

Specificity of the composition of the diet

Special control requires nutrition for gout in order to lower the level of uric acid in the blood to an acceptable level. A rheumatologist conducts a detailed consultation with each patient, because the result of therapy depends on self-control. It is recommended to adhere to a dietary diet - table number 6 and number 8.

Can gout be permanently cured?

It is impossible to completely recover from the disease. But you shouldn't despair either. For gout, medication and diet have been proven to be essential ingredients for well-being despite diagnosis. It is impossible to get rid of pathology, but it is possible to prevent a negative effect on the joints and their destruction.

How to treat gout during an exacerbation?

Symptoms of gout on the legs in men and women, on the arms, elbows and in the area of ​​other joints (polyarthritis) are leveled with the help of drug therapy. It is necessary to drink at least 2 liters of liquid (alkaline mineral water, fruit drinks, vegetable juices) per day and adhere to a low-calorie and low-carbohydrate diet with the inclusion of polyunsaturated fatty acids. Prevention of gout is critical in reducing the frequency and intensity of acute attacks.

What can you eat with gout?

The menu for gout is developed taking into account the exclusion of prohibited foods. Diet No. 6 allows you to reduce the level of uric acid in the blood, normalize the exchange of purines and shift the urine reaction to the alkaline side. To improve your well-being, it is also recommended No. 7 and No. 8. Meals may include: meat, fish and poultry of only low-fat varieties, wheat and rye bread of the 1st and 2nd grade, milk, cottage cheese, low-fat kefir, salads from fresh and pickled vegetables, omelets, vegetarian first courses.