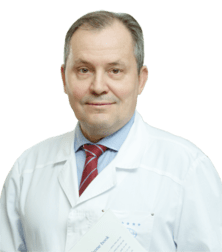 Internal bleeding symptoms vary by location and severity, with the most likely signs being weakness and loss of consciousness, and drowsiness. Diagnostics consists of examination, X-ray, CT and MRI, ultrasound and endoscopy. The success of treatment depends on the removal of the bleeding source. In a general sense, internal bleeding is the loss of blood in conditions of its outflow into the internal cavities of the human body as a result of exacerbation of chronic diseases or trauma.

The danger lies in the massive nature of blood loss, difficulties in diagnosis and neglect of pathology. In these conditions, the delay in seeking help threatens the patient's life.

A wide range of medical fields are involved in the treatment of pathology - clinical traumatology, abdominal or thoracic surgery, vascular and neurosurgery.

The primary signs of internal bleeding are:

Sometimes there are no clinical symptoms of internal bleeding.

The average severity of blood loss is reflected by tachycardia and a drop in pressure, while the patient feels dry mouth, nausea and dizziness, adynamia and severe weakness. The patient may faint.

Massive bleeding and its signs:

How to identify lethal internal bleeding? According to the following signs: coma, lack of pressure, pulse 10 beats. in minutes, convulsions and involuntary discharge of urine and feces begin, the pupils dilate, the skin becomes dry and cold. This state turns into agony and leads to death.

Internal bleeding of the stomach and into the esophagus is accompanied by vomiting of dark blood, the color of coffee grounds. A tarry stool indicates the outflow of blood into the upper parts of the digestive system and the small intestine. Internal abdominal bleeding is accompanied by irritation of the peritoneum and dull sounds in a flat place during palpation.

The outflow of blood into the lungs is accompanied by a cough with the release of frothy blood and its accumulation in the pleural cavity. Therefore, there is difficulty breathing and shortness of breath, as well as a lack of air. Internal bleeding in women is bleeding into the uterus or vagina.

The individual characteristics of each organism affect the severity of certain symptoms. Poor symptomatology complicates the diagnosis process and worsens treatment prognosis.

Internal bleeding can be caused by trauma and chronic diseases in the acute or neglected stage. Post-traumatic internal bleeding into the abdominal cavity develops from impacts or falls from heights, car accidents, or blunt injuries.

Pulmonary bleeding occurs from fractures of the ribs and damage to the vessels between them, as well as the pleura. Cranial bleeding occurs after traumatic brain injury. In this case, even the smallest amount of blood can be fatal. Blood flows into the joint cavity during fractures and bruises of the joints. It is most dangerous for its consequences in the absence of treatment.

Sometimes it occurs due to cracks in the walls of the esophagus due to alcohol or frequent overeating. Most bleeding of internal organs develops against the background of chronic diseases of the gastrointestinal tract:

Female bleeding occurs against the background of gynecological diseases - ectopic pregnancies and ruptured ovaries, after abortions, in case of placental abruption, rupture of the uterus and birth canal.

Types of pathology are distinguished according to the following criteria:

Most cases of pathology require urgent surgical intervention, which eliminates the cause of bleeding and prevents the development of serious consequences.

Fatal outcome is the most dangerous complication of bleeding, it occurs due to the development of hemorrhagic shock against the background of circulatory disorders and an acute form of vascular insufficiency. This means that the blood stops carrying oxygen, nutrients, and metabolic products.

When medical attention is needed

Not all cases of the development of pathology can lead to mortal danger. However, a timely visit to a doctor will alleviate the symptoms of the disease and lead to a normal life for the patient. In addition, it is not possible to cure the pathology on your own due to the complexity of determining the true causes.

Emergency assistance is required in the following cases:

You can call the ambulance team of Medicina JSC (Academician Roitberg's clinic) by calling +7 (495) 995-00-33. The clinic is located at the address: Moscow 2nd Tverskoy-Yamskaya lane, 10, near the metro stations Novoslobodskaya, Chekhovskaya, Belorusskaya, Tverskaya.

The presence of suspected bleeding into the internal cavities of the body requires a comprehensive diagnostic examination:

Additional examination is due to specific reasons for the development of pathology:

Assisting with internal bleeding consists in the timely delivery of the patient to a specialized hospital. If there is a suspicion of pulmonary bleeding, the patient should half-sit, and in other cases, lie. The putative source of bleeding is supplied with ice. You can not apply heat or give laxatives and remedies within the framework, as well as resort to stimulating cardiac activity.

Treatment of pathology is carried out exclusively within the hospital. The department of the hospital is selected according to the source of the bleeding.

The primary task is to stop bleeding into the internal cavities, compensate for blood loss and increase blood microcirculation. For this purpose, a jet transfusion of glucose solution, saline solution, blood or plasma itself, as well as blood and plasma substitutes, can cope. In rare cases, bleeding can be stopped by cauterizing the area of ​​blood flow. Basically, an urgent surgical operation takes place under anesthesia. Infusion therapy is aimed at stabilizing the pulse and pressure.

Prevention of bleeding into the internal cavities of the body comes down to the following tips: