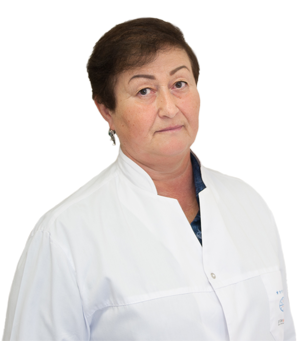 The highest qualification category of an infectious disease doctor

Many people do not know what this disease is meningitis. This is an ailment in which the meninges become inflamed - its protective layers that cover the brain and spinal cord. The causative agents of meningitis are viral, bacterial and fungal infections, as well as protozoa. A non-infectious form is also distinguished, in which inflammatory processes in the brain tissues begin due to trauma, medications or other diseases.

Symptoms and signs of meningitis

The first signs of meningitis are:

Depending on the nature of the inflammatory process, the following forms of the disease are distinguished:

Depending on the course of the disease of meningitis, the following forms are distinguished:

Depending on the periods of meningitis and the spread of inflammatory processes, the following forms are distinguished:

Depending on the severity, the disease is mild, moderate, and severe.

The main causes of meningitis are various infectious agents. The types of the disease differ depending on the pathogens:

A separate group is made up of mixed diseases. In this case, the disease develops due to several different pathogens.

To learn about how you can get meningitis, you need to know about the ways the infectious disease spreads. Its distribution methods are varied, but the most common are:

The incubation period for this disease lasts from 2 to 4 days, this is the time from infection to the first symptoms. But in some cases it can last only a few hours or, conversely, it takes up to 18 days.

It should also be borne in mind that meningitis is primary and secondary. The first is an independent pathology. In the second case, it is a consequence of the fact that there is already an infection in the body, for example, a person can get flu, otitis media, tuberculosis.

Meningitis is contagious, especially if it is serous. If the disease is secondary, then it will not be transmitted to other people.

The main factor that contributes to the development of meningitis is a weakened immune system. It is he who plays the role of the body's defender against various infections. The human immune system is weakened due to:

These factors can contribute to the infection of a person, as the body is gradually weakened because of them.

Complications of meningitis can be as follows:

The consequences of meningitis are extremely serious. They arise if a person ignores the doctor's orders or later goes to the hospital.

It is extremely important to know how to recognize the symptoms of meningitis in an adult. You should not delay going to the doctor if your head often and severely hurts, suffers from nausea, which is accompanied by vomiting, an increase in body temperature appears, there is a fear of light, sensitivity to sounds, stiffness of the muscles in the back of the head. Also, obvious signs are drowsiness and apathy, loss of consciousness, anxiety, convulsions. A rash with meningitis also appears, it is located on the skin and mucous membranes. Mental disorders are also possible.

Meningitis is treated by an infectious disease doctor. Diagnosis of the disease can be done at JSC "Medicine" (Academician Roitberg's clinic), which is located in the center of Moscow.

Preparing to visit a doctor

To visit an infectious disease specialist, special training is not required, on the contrary, if there are suspicions of meningitis, you should not delay visiting a specialist, in such a situation you must act immediately. It is enough just to remember all the symptoms that appeared and tell the doctor about them. This will help him make a diagnosis. Such signs cannot be ignored. Meningitis can develop in just a few hours, so immediate medical attention is needed to prevent complications, including death.

Diagnosis of meningitis involves not only an external examination of the patient and the study of all his complaints, but also a special examination, which includes the following procedures:

These studies can be done at JSC "Medicine" (Academician Roitberg's clinic), which is located in the central district of Moscow. The building is located near the metro stations Tverskaya, Novoslobodskaya, Belorusskaya, Chekhovskaya.

Meningitis is treated in several ways:

Also, the treatment of meningitis is symptomatic, that is, it relieves pain, stabilizes body temperature, detoxifies and rehydrates.

Meningitis cannot be treated at home. The patient must be hospitalized. After recovery, it is required to comply with bed rest, strengthen the immune system.

Myths and dangerous misconceptions in the treatment of meningitis

Myth 1. Meningitis develops without wearing a hat. This is how children are usually scared. Inflammation is caused by pathogens (infections), but not by cold.

Myth 2. Meningitis is not fatal. In fact, a lethal outcome is possible.

MytH3. Meningitis is not cured. In fact, fungal and bacterial forms are treated with medication, since special medications have been developed against such infections. With the viral form, things are worse, since there are no effective antiviral drugs.

Myth 4. After meningitis, a person becomes disabled. In fact, after experiencing the bacterial form, only 20% of people become disabled. The most common consequence is hearing loss, but problems with memory, learning, etc. are possible.

In addition, preventive measures are to strengthen the human immune system. It is recommended to temper, lead a healthy lifestyle, exercise, walk in the fresh air, and try to avoid sources of infection. To strengthen the immune system, you can use vitamin and mineral complexes. Proper nutrition is important.

How to make an appointment with an infectious disease specialist

To make an appointment with the specialists of Medicina JSC (Academician Roytberg's clinic) in the central district, call +7 (495) 995-00-33 or use the feedback form on the website. Our clinic is located at 2nd Tverskoy-Yamskaya per. ten.