Myoma of the uterus 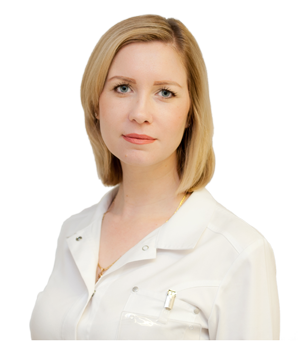 Myoma of the uterus is a benign tumor of the uterus, a fairly common disease. The disease is diagnosed in 20% of thirty-year-old women. For a long time, myoma was considered to be a tumor of a benign nature, which can become malignant only under certain conditions. Until recently, the only treatment method for diagnosing fibroids was to remove the tumor together with the organ, that is, with the uterus. Today, experts consider fibroids as a reaction of the body to damage caused to the uterus. The disease factors are:

Fibroids are formed from connective or muscle tissue. Its size can range from a couple of millimeters to 1-8 centimeters. The tumor can be localized on the cervix or on the body. Examination often reveals several nodes of different sizes.

Myoma occurs due to the active division of uterine cells, which is stimulated by estrogens. One of the features of this disease is that the detection of a normal balance of progesterone and estrogen levels as a result of a blood test is not a guarantee that fibroids are absent. In order to be sure in the absence of this disease, a serious examination is required using modern diagnostic methods. Diagnostics also allows you to identify the location of the formation: in the uterine cavity, in the abdominal cavity, in the wall of the uterus.

Fibroids are almost never diagnosed in girls under 25 and in women over 50. Women are at greatest risk after 25 and up to 50. The likelihood of developing fibroids during periods of general decrease in immunity, during inflammation of the genital area, during pregnancy is especially high. In recent years, the diagnosis of "uterine fibroids" is often given to girls 17-18 years old.

The fact that a woman is developing uterine fibroids, she may not even suspect, since external signs may not appear. It often happens that a gynecologist examines a patient for completely different reasons (for example, a professional examination) and during the examination reveals a neoplasm. Symptoms are active in cases where the uterus grows large, but if the tumor is small, symptoms may not be present.

Uterine fibroids are similar in symptoms to many diseases of the reproductive organs. Among the most common symptoms that can be used to determine the formation and development of fibroids are:

Timely referral to a specialist allows you to identify the problem at an early stage, thus avoiding the need for surgical intervention.

The main reason is hormonal disruptions due to an increase in the concentration of estrogen. During menopause, the concentration of estrogen decreases, and fibroids can go away on their own without any treatment. But experts do not recommend counting on such a result, advising women to see a doctor as soon as possible when the first symptoms appear.

A number of factors can provoke the appearance of the disease:

Some factors that cause the appearance of myotic neoplasms deserve closer attention.

The risk group includes women under 35 years of age who have been diagnosed with hypertension or have problems with obesity (metabolism). Also, the cause can be inflammation, which took the form of chronic, trauma and the use of oral contraceptives.

The likelihood of developing the disease depends to a large extent on how much and how often the woman gave birth, the duration and availability of breastfeeding, how many full-term and how many aborted pregnancies were. A woman who has given birth at least once is less likely to develop fibroids than a woman who has not given birth.

Improper diet or unbalanced diet. Insufficient fiber in food, high percentage of fatty acids and excess calories in food significantly increase the chances of developing a neoplasm. If the body's fat percentage is much higher than the norm, the hormonal balance can shift and the number of estrogens increases, which, in turn, increases the risk of tumor formation.

The easiest and most reliable way to detect fibroids in a timely manner is to visit a gynecologist every year. The presence of developing fibroids can be established during a vaginal gynecological examination - the uterus is defined as tuberous, dense, enlarged. If a disease is detected, a diagnostic curettage can be performed to confirm the diagnosis, after which the scraping is examined by histological methods. Tumor diagnosis is also possible using the following methods:

In some cases, a specialist, in the presence of some symptoms, but in the absence of fibroid nodes, recommends that the patient undergo an ultrasound scan after 6 months.

When certain symptoms appear that indicate the presence of a neoplasm (pulling pains in the lower abdomen, unstable menstruation, prolonged bleeding, etc.), women think about which specialist they should contact. Fibroids are treated by gynecologists and gynecologists-surgeons. Gynecologists conduct an initial examination, give appointments for diagnostics and, based on the results of diagnostics, determine the method (method) most effective for restoring a woman's health. If, according to the test results, an operation is indicated, it is performed by gynecologists-surgeons.

The clinic of JSC "Medicine" in Moscow provides services for the diagnosis and treatment of uterine fibroids. The patients are provided with highly qualified specialists who possess the most modern methods of treatment and effectively use traditional methods. The clinic is equipped with modern diagnostic and therapeutic equipment, which allows the specialists of the medical institution to successfully cure the most difficult cases.

In order to make sure of the high qualifications of specialists in the field of gynecology working in the clinic of JSC "Medicine", it is enough to visit the section "Our doctors" on the official website of the clinic.

When choosing a method, the gynecologist takes into account many factors, the main of which are:

Patients diagnosed with uterine fibroids must be monitored by a gynecologist, in most cases the frequency of visits is once every three months.

Depending on the condition of the tumor and other factors, the gynecologist chooses one of two methods of treatment:

Treatment of fibroids without surgery

Conservative or therapeutic treatment can be prescribed by a specialist if:

Conservative treatment of the disease involves the use of drugs. In the list of basic measures, the implementation of which allows you to eliminate fibroids without surgery, actions aimed at achieving the following goals:

Prevention of symptoms of anemia.
Restoration of immunity in order to increase the protective properties of the body.
Restoration of genital microflora and treatment of diagnosed diseases.

Conservative treatment is used in cases where small fibroids are diagnosed in the absence of pronounced symptoms. The most common treatment is hormonal medication. These drugs are derivatives of progesterone and act as follows: they simultaneously normalize ovarian function and prevent the further development of neoplasms. The drugs are given by injection once a month for 6 months. Taking drugs can reduce the size of the uterus by 55% or more.

This technique is used in most cases when diagnosing fibroids in older women, since osteoporosis is likely to develop in young women. The disadvantage of this technique is that conservative methods can only slow down the development of the disease, but not eliminate it completely. When treating older women in this way, it is highly likely that with the onset of menopause, myoma will resolve on its own.

The FUS-ablation technique is one of the progressive methods of treatment. The basis of the technique is the coagulation of myoma nodes by directed pulses of focused ultrasound. The process is monitored using MRI. This procedure has many advantages over the removal of fibroids by surgery, but it is effective only if certain characteristics are present, therefore, the decision to use FUS ablation is made exclusively on an individual basis after a thorough examination.

The use of the FUS ablation method has many advantages:

Operations in the diagnosis of uterine fibroids are possible in cases where all other treatments are ineffective. The safest option for operable treatment is laparoscopy, which is gentle on the body and allows you to fully preserve reproductive function. Among the advantages of this technique:

EMA began to be used relatively recently. The technique consists in the fact that the nutrition of the myomatous node stops, since the blood flow through the arteries stops. After the surgeon discovers the vessel, a drug is injected into it to stop the blood flow. After the cessation of blood supply, the nodes of the fibroid completely disappear or significantly decrease in size. One of the advantages of the operation is the complete disappearance of symptoms. In addition, there is no risk of recurrence after the operation.

Surgery is indicated if:

Depending on the results of the examination, the age of the patient and other factors, the gynecologist may prescribe:

Myomectomy, which is a procedure aimed at exfoliation of myosis nodes, allows you to preserve reproductive function:

If the patient does not intend to give birth, and the examination results indicate complete removal of the organ, gynecologists use one of the methods of radical surgery:

Surgery is the only cure for the following factors:

The method of myectomy is determined by the surgeon depending on the localization of the neoplasm, the severity of the disease, the type of fibroids, and the individual characteristics of the patient.

Contraindications in the diagnosis of uterine fibroids

There are several contraindications, in particular, a categorical ban on visiting saunas, baths, the beach - that is, any place where overheating is likely.

When choosing a method of treatment, the following methods are contraindicated:

Cost of examination, diagnosis and treatment of uterine fibroids

The clinic of Medicina JSC offers services of primary examination, diagnostics and treatment at prices, which can be found in the table below or in the corresponding section of the clinic's website.

Advantages of fibroid treatment in the clinic of JSC "Medicine"

By contacting the clinic of JSC "Medicine" in Moscow, you are guaranteed to receive highly professional medical care and first-class service.