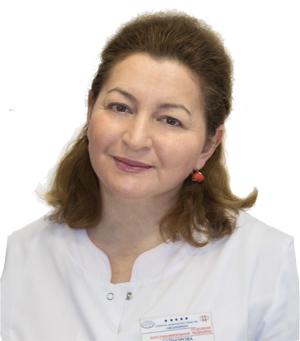 In medicine, nail fungus is officially called onychomycosis. This is a fungal disease that affects the nail plates on the fingers or toes. According to the WHO, this is a fairly common disease. It occurs in about 27% of people, and the pathology is diagnosed on the legs 2 times more often than on the hands. The problem of nail fungus is very delicate, since the unpleasant appearance of the affected plates makes the patient feel uncomfortable and hide them from others.

Symptoms and signs of nail fungus

Onychomycosis is very easy to recognize, as its signs on the nails cannot be overlooked. At first, the nail plates become dull and rough, lose their glossy shine. Then the nail becomes dirty yellow, whitish or gray instead of pink. Further, other characteristic symptoms of the fungus appear:

As a result, the nail is completely destroyed and even exfoliates, exposing the bed of the nail. The skin next to the plates turns red and causes severe itching.

The main reason for the development of fungal infections is the ingestion of a pathogen on the body or inside the human body. As a rule, these are microsporums, trichophytons and epidermophytos. These are the fungi that cause onychomycosis most often.

When ingested, such fungi are localized on keratinized skin derivatives, i.e. nails and hair. This is due to the nutrition of the parasites, for which they use the keratin fibrillar protein found in nails and hair.

The risk of contracting fungus is especially high in humid public places. These are saunas, swimming pools, gyms, public baths, etc. The most common ways of infection are:

The incidence of onychomycosis increases by the age of 60. At this time, the likelihood of developing such an infection is 60%, which is explained by a slowdown in metabolism, especially in the distal (distant) parts of the body, which are just the fingers and toes.

Other risk factors for developing nail fungus include:

With an uncomplicated course, the disease causes symptoms traditional for the fungus, which cause only severe discomfort in a person. But without treatment, onychomycosis can cause complications. Most often they manifest themselves in the addition of a bacterial infection.

Sometimes onychomycosis is very acute with the appearance of blisters, ulcerations and weeping areas on the skin next to the nail. In severe cases, the disease takes on a generalized form. This means that the nail fungus spreads to internal organs and systems, and then the patient will already need an emergency hospitalization.

Many who have encountered onychomycosis know that the disease develops slowly, and is treated with incredible difficulty. That is why it is very important to see a doctor when the first signs of the disease appear. A dermatologist is engaged in the treatment of nail onychomycosis in our clinic in the center of Moscow. A specialist will provide competent assistance and will guide you until complete recovery.

Before visiting a dermatologist, it is important not to treat the affected areas of the nails, i.e. do not use medications, including iodine and brilliant green. It is also necessary to exclude the use of creams and ointments from the fungus. At the reception, it is worth taking all previously passed tests, including those for other diseases. Affected nails should not be cut for 3-4 days prior to consultation.

First of all, the patient is sent for microscopy, which allows to identify the presence of the pathogen. In the future, it is necessary to determine its type in order to choose the correct treatment for toenail fungus. The JSC "Medicine" (the clinic of Academician Roitberg) in the center of Moscow practices the most modern and common methods for diagnosing onychomycosis :

At an early stage of the disease, as a rule, local therapy is prescribed, which consists in the use of creams and ointments with antifungal effects.

Antiseptic solutions are also used as external remedies for nail fungus. In addition to effective remedies for nail onychomycosis, antihistamines and desensitizing drugs are prescribed, which relieve swelling, inflammation and sensitivity.

If the nail is completely affected by the fungus and drug treatment does not give positive results, then the plate is surgically removed. Also, with the total form of onychomycosis, antimycotic drugs are prescribed orally in the form of tablets, which have a systemic effect on the body.

Before using home remedies, you should consult your doctor. With his permission, you can use the following recipes:

Myths and dangerous misconceptions in the treatment of nail fungus

One of the most important and dangerous myths is that nail fungus is not considered a serious disease. In fact, onychomycosis, as it progresses, can lead to serious consequences up to deformation and complete rejection of the nails from the nail bed.

In addition, an infected person poses a daily danger to loved ones, because, being near him, they also risk getting sick. That is why it is important to know how to cure nail fungus in time.

To prevent the development of onychomycosis, it is necessary to exclude the negative effects on the body of risk factors:

How to make an appointment with a dermatologist

To make an appointment with a dermatologist, use the online form on the website or contact us at the contact number +7 (495) 995-00-33. JSC "Medicine" (the clinic of Academician Roitberg) is located in the center of Moscow, not far from the metro stations Tverskaya, Belorusskaya, Chekhovskaya, Mayakovskaya and Novoslobodskaya. Experts work every day, so you can make an appointment for a consultation even on a weekend or holiday.