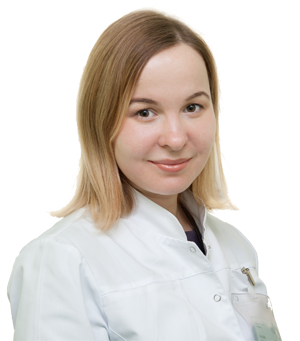 In the group of sexually transmitted diseases, syphilis occupies a leading position. Worldwide, it infects up to 6 million people annually. Negative statistics indicate the prevalence of infection and a low level of protection in intimate life. Over the past 20 years, the number of patients with this diagnosis has increased in Europe. According to the Ministry of Health, the dynamics in Russia is the opposite - the number of cases of morbidity has decreased 10 times. There are only 16.5 infected per 100,000 people. Syphilis is treated - this is the only plus that can be said with confidence when it comes to sexually transmitted infections.

Symptoms and signs of syphilis

The incubation period is 3 to 6 weeks. It can manifest itself at any stage. There are three main ones: primary, secondary and tertiary (late). Symptoms begin to manifest syphilis at the site of contact. Each stage has a set of symptoms, but in general this disease is called a large mimic. It can disguise itself as various pathologies. Depending on the stage of syphilis, the duration of treatment is different.

The first rashes appear in about 3-4 weeks. It starts with a painless ulcer (chancre) in the primary stage. Localization - mucous membranes, genitals, near the anus, in the rectum, etc. After a few weeks, the ulcer will heal, and syphilis passes into the next form.

On the body, mucous membranes, palms and feet appear brownish -Red spots. These signs of syphilis are hard to miss. It is characteristic that there is no pain or itching. Fever, headache and muscle pain can join the symptoms. If the patient has secondary syphilis, the lymph nodes may swell. The condition of an infected person is aggravated by the following symptoms:

The first and second periods of syphilis symptoms are not very pronounced. If the infection has not been treated for 3-4 years, it goes into a latent state. The tertiary stage is characterized by serious health problems. There is irreversible damage to internal organs and important body systems. Infectious bumps and gummas are formed on the skin, which can periodically appear, leaving scars. Such stages of syphilis develop with parallel damage to the brain, cardiovascular system, bones, liver, eyes. Health can deteriorate to the point of paralysis, impaired coordination of movements, complete loss of vision and dementia.

The spirochete Treponema pallidum is the causative agent of syphilis, which is transferred from the body to the body upon contact with the secretions and mucous membranes of a sick person. Outside the tissues of the host, treponema has a short life span. For this reason, it migrates by direct contact.

How syphilis or other types of sexually transmitted diseases are transmitted - you need to know for your own safety and health. Mostly they are sexually transmitted. Frequent partner changes also increase the risk of contracting an infection. Syphilis has a route of infection not only in the form of unprotected sexual intercourse. It is also possible to contract the disease in a household way, although this rarely happens. Syphilitic rashes on the body and mucous membranes remain especially contagious in the first 2 years from the beginning of the incubation period. If women with syphilis are planning a pregnancy or already have one, transmission of the infection to the child can occur in utero.

Risk factors are social and economic changes. This is manifested in a decrease in the standard of living regarding not only promiscuous sexual intercourse, but also drug use. Among injection drug users, the incidence rate is up to 58%. But there is another side to the issue, when we are not talking about the disadvantage in certain segments of the population. There is a risk of becoming a carrier when the pathogen is transmitted through the blood. People with pathologies of the immune system are always at risk.

Complications and consequences of syphilis

Syphilis appears or does not appear, but it has a negative effect on internal organs in any case. It is natural that delayed treatment leads to serious and irreversible consequences. The list of complications includes the following:

If you suspect an STI and syphilis, you need to contact a dermatovenerologist who deals with the diagnosis and treatment of this disease. JSC "Medicine" (the clinic of academician Roitberg) is located in the center of Moscow: 2nd Tverskoy-Yamskaya per., 10.

The reason to go for a consultation with a doctor may be feeling unwell with infectious or inflammatory manifestations in the genitourinary system. The appearance of sores and rashes inside the thighs, itching and burning during intercourse or urination should alert. Signs of syphilis may be hidden, but on a routine examination with tests, the disease can be diagnosed at random.

An appointment with a dermatovenerologist has certain specifics. First of all, you need to carry out hygiene procedures without soap or other cosmetics. Shyness must be overcome before entering the office. The doctor will ask in detail about the details of intimate life, the number of partners, habits. This is necessary to compile a general history. It is recommended not to have sexual intercourse for 2-3 days before taking it. A few hours before the examination, you need to refrain from urinating so that the doctor can take tests for the presence of STI pathogens. If you have the results of different types of laboratory or instrumental studies over the past 6 months, take them with you. Especially if the manifestation of syphilis has already been recorded.

Doctors of different specialties can determine whether a man or woman has an infection. Syphilis is diagnosed by a venereologist, gynecologist, dermatologist, urologist, etc. At the first stage of diagnosis, the doctor performs a general examination to identify typical signs of infection. Symptoms can also manifest in syphilis in an erased form, therefore, conducting analyzes and tests helps to detail the situation in order to make the correct diagnosis. The first point is to donate blood for syphilis from a vein (RPR, Wasserman reaction RW). If there is an unhealed chancre, a scraping is made from it for microscopic examination. It is possible that syphilis will show a positive result in the analysis. This can happen in the case of pregnancy, eating very fatty foods, a recent vaccination, or another infection.

A gynecologist can detect syphilis in women, and it is recommended to visit him every 6 months. If an infection is suspected, tests and additional studies are prescribed. A urologist helps to diagnose syphilis in men, to whom they make an appointment when characteristic symptoms appear in the genitourinary system.

At the beginning of the choice of therapy, blood for syphilis is donated to determine the presence of antibodies. Drug therapy is selected individually depending on the stage of the disease and the severity of its course. Affects the choice of drugs and the fact of pregnancy in women. Sustained release benzathine benzylpenicillin (" Bicillin " LA) is predominantly used. Syphilis is treated with a number of other drugs. Therapy should be comprehensive. Patients are additionally prescribed fortifying drugs, immunotherapy and physiotherapy.

Is it possible to become infected with syphilis a second time - an unequivocally positive answer to this question. Recovered patients can become carriers of the infection again if health safety rules are not followed. Antibiotic therapy is the only effective method to cure sexual syphilis at various stages.

Traditional medicine has evolved over the centuries, and people encountered STIs many thousands of years ago. In the piggy bank of healers there are ways to deal with pale treponema, but in our time, treating syphilis at home is a wrong decision. Previously, doctors recommended making a healing drink based on wine, apple juice and strawberry jam diluted with water. The mixture was brought to a boil, cooled, and crushed garlic was added. The drug promised deliverance from pale treponema. Syphilis was treated with a strained decoction of burdock root or hops.

Modern methods of therapy are more effective in eliminating sexually transmitted infections. As soon as the first signs of syphilis appeared, it means that the disease has just begun. It's a delusion. At this stage, the infection is already seriously progressing, requiring immediate treatment. Otherwise, it can become chronic.

Myths and Dangerous Misconceptions in Treatment

The test for syphilis will be negative after therapy - this is a delusion. It can show a false positive result due to the presence of antibodies in the blood.

A condom can 100% protect against infection with treponema pale - this is not entirely true, although the disease is sexually transmitted. Weeping and open sores on the body or mucous membranes are at great risk. Infection with syphilis with such contact is inevitable.

If the STI does not bother you and does not show signs, you do not have to worry about your health. This is a misconception because infections can be latent. And only an analysis for syphilis can show the true picture.

It is enough to look at what syphilis looks like to make a decision about giving up promiscuous sex life. This is an effective way of prevention. Casual intercourse carries a high risk.

If the circumstances are such that you have to live with an infected person, strict hygiene rules must be followed. The domestic transmission rate is minimal in terms of risk, but it is there. See what syphilis looks like and you will know the possible consequences of the disease. Visiting doctors periodically for syphilis prophylaxis is an effective way to confirm or deny STIs.

How to make an appointment with a dermatovenerologist

In JSC "Medicine" (the clinic of Academician Roitberg), experienced doctors conduct appointments. The diagnosis and treatment of syphilis disease is performed by doctors of various specialties. An appointment with the doctors of the clinic is available both online and through the information call: +7 (495) 995-00-33. The clinic is located in the center of Moscow at the address: 2nd Tverskoy-Yamskaya lane, 10.

It is easy to check and maintain health with professionals. The main thing is to seek help in a timely manner.